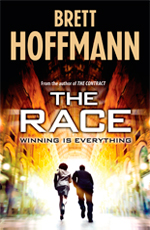 One sunny afternoon in Monte Carlo, a private jet carrying the heir to the Aretino fortune explodes, killing all on board. Tragic accident? Or cold-blooded murder?

Six months later, Wall Street analysts Stella Sartori and Jack Rogers fly to Milan for what appears to be a simple consulting job. The powerful Aretino family are losing money – lots of it – and their bank wants to know why.

But it’s soon apparent that there’s much more at stake. In Nice, a photographer who caught the exploding jet on film is murdered. In Milan, a political ally of the Aretinos is gunned down in the street. Jack and Stella find their apartment bugged, and their every move watched. Caught up in the race to find out who’s behind it all, they fail to realise that their own lives are at risk – until it’s almost too late.

Corporate sabotage meets suspense in this high-octane thriller that takes you deep into the heart of Europe and its aristocracies. From the glamorous Formula One racetracks of Italy to the ancient fortifications of Malta, The Race propels you across the continent at a compelling pace.